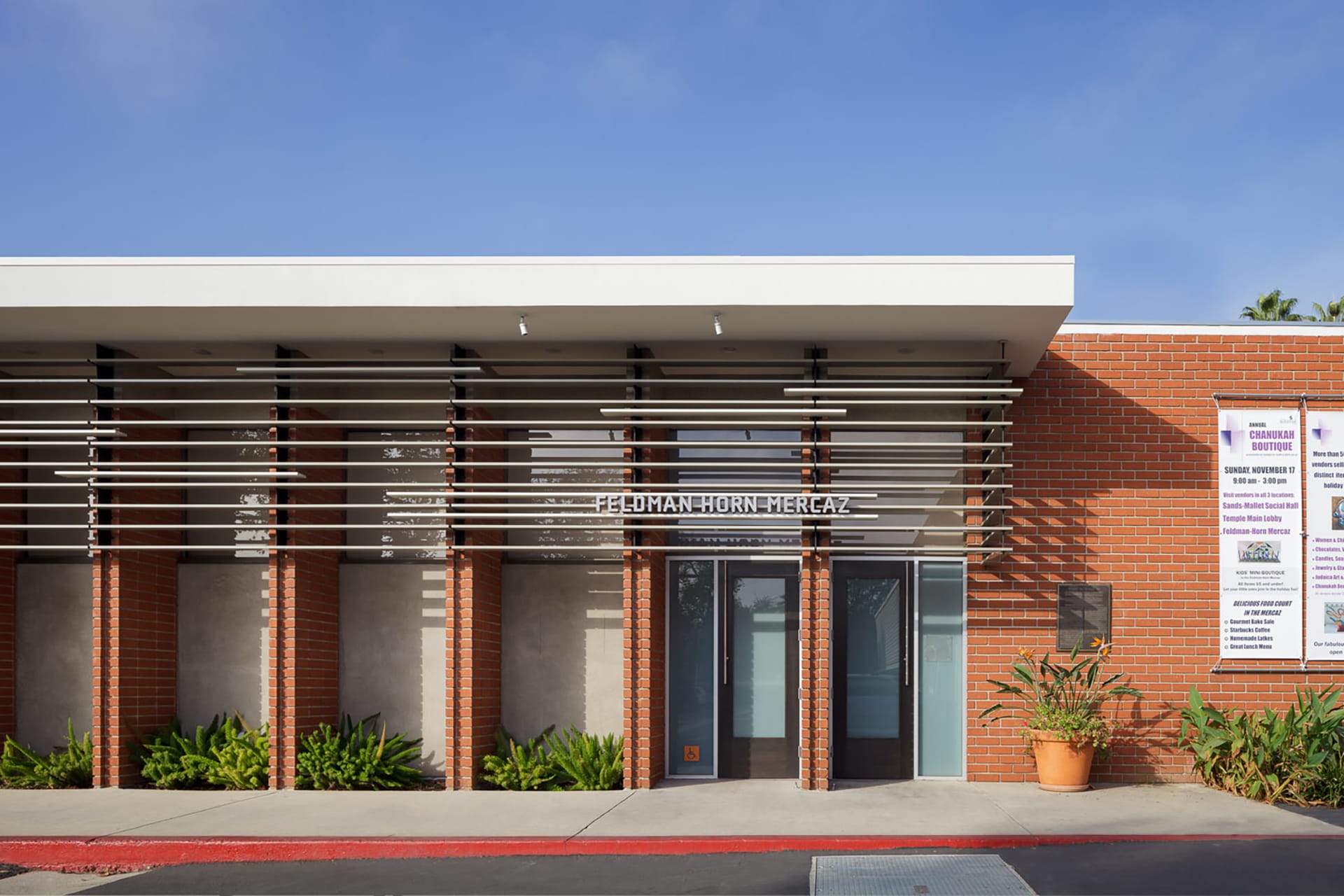 Temple Beth Hillel engaged Lewis/Schoeplein to look at an expansion of their programs on their existing 2.5 acre site. The master plan has four major components: a rehabilitation and expansion of the Sanctuary Building, originally constructed in the 1950’s; the remodel of an existing 3-story school building, built in the early 1960’s; the construction of a new three-story school building, containing nursery through 6th grade classrooms and library; and the upgrading of the site, including the incorporation of recently acquired parcels adjoining the property. The project is scheduled to be built in several phases. As a Phase I, the Temple’s 4,000sf Activities Building was remodeled to accommodate displaced functions during Phase 2 construction. Phase 2 remodeled the main sanctuary, lobbies, social hall and restrooms, and added a new three-stop elevator to improve access for all. 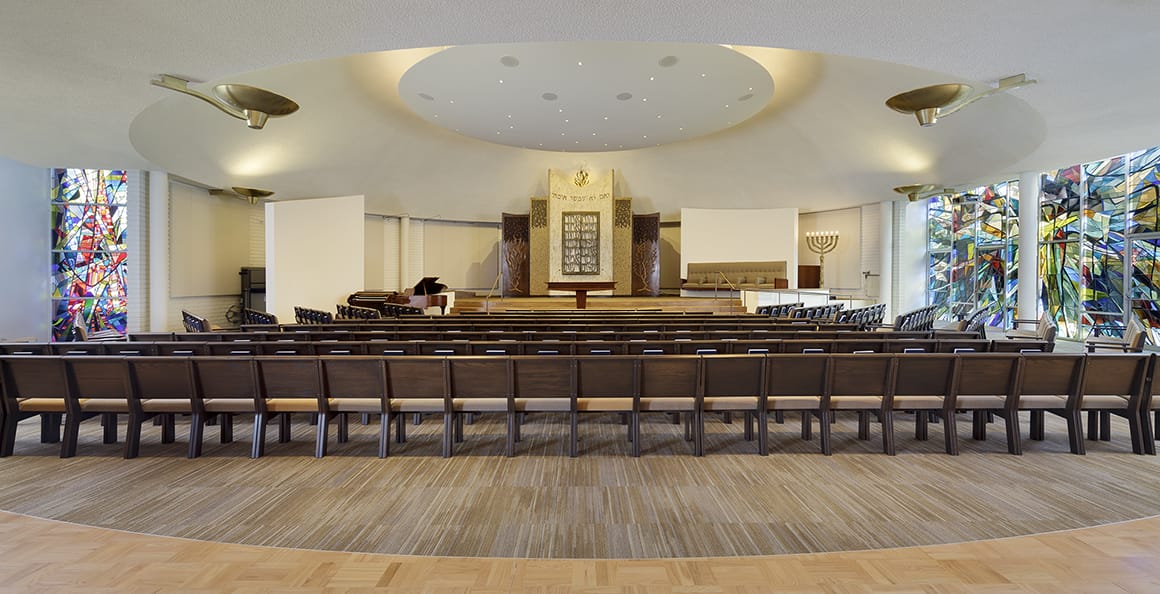 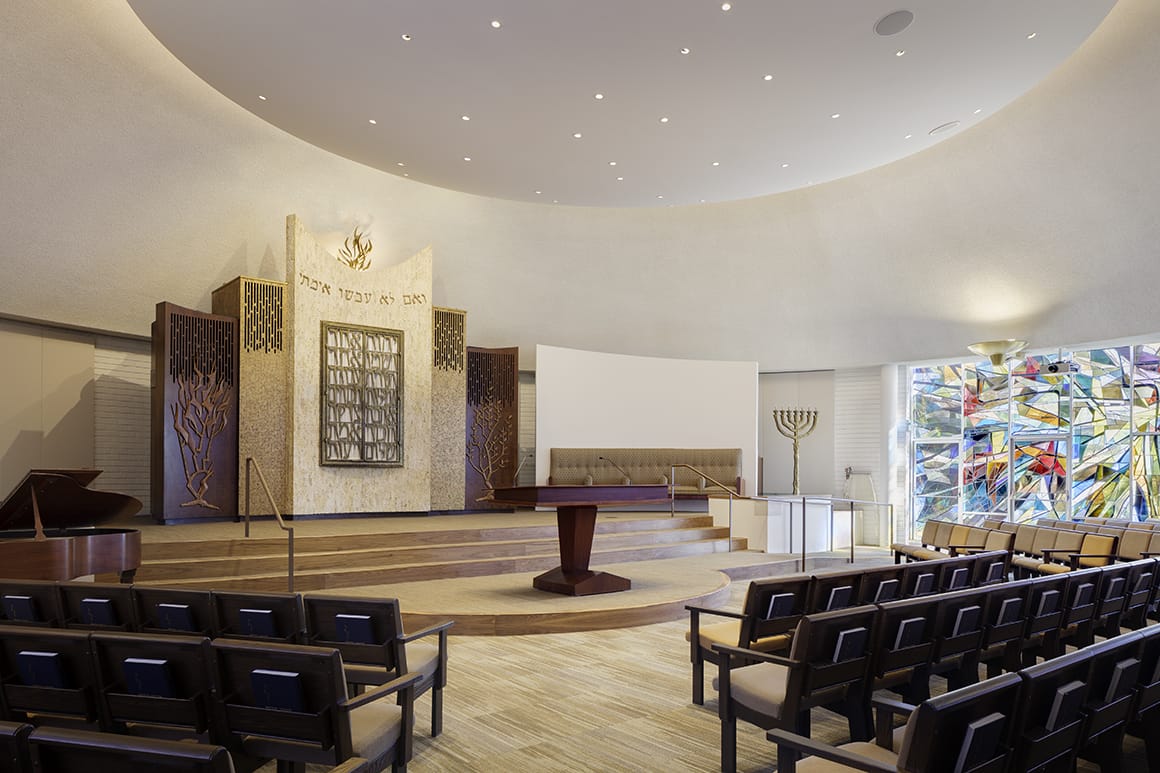 an inclusive design process, from initial sketches through move-in 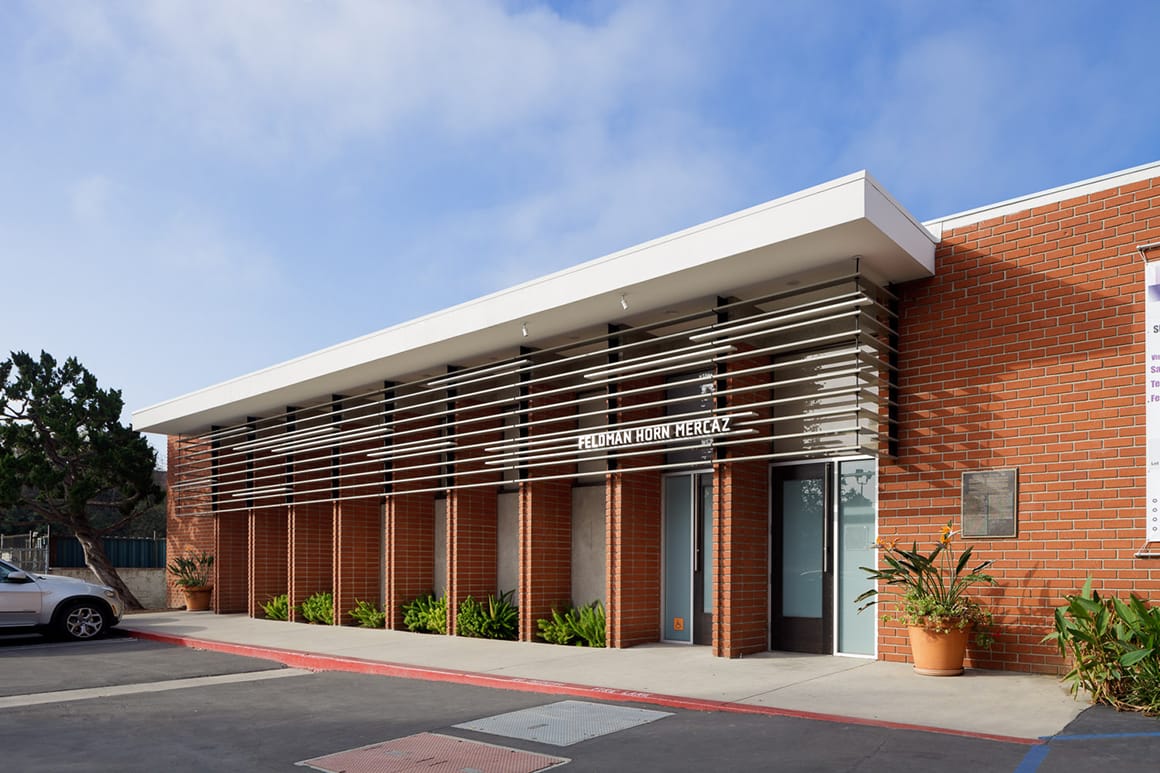 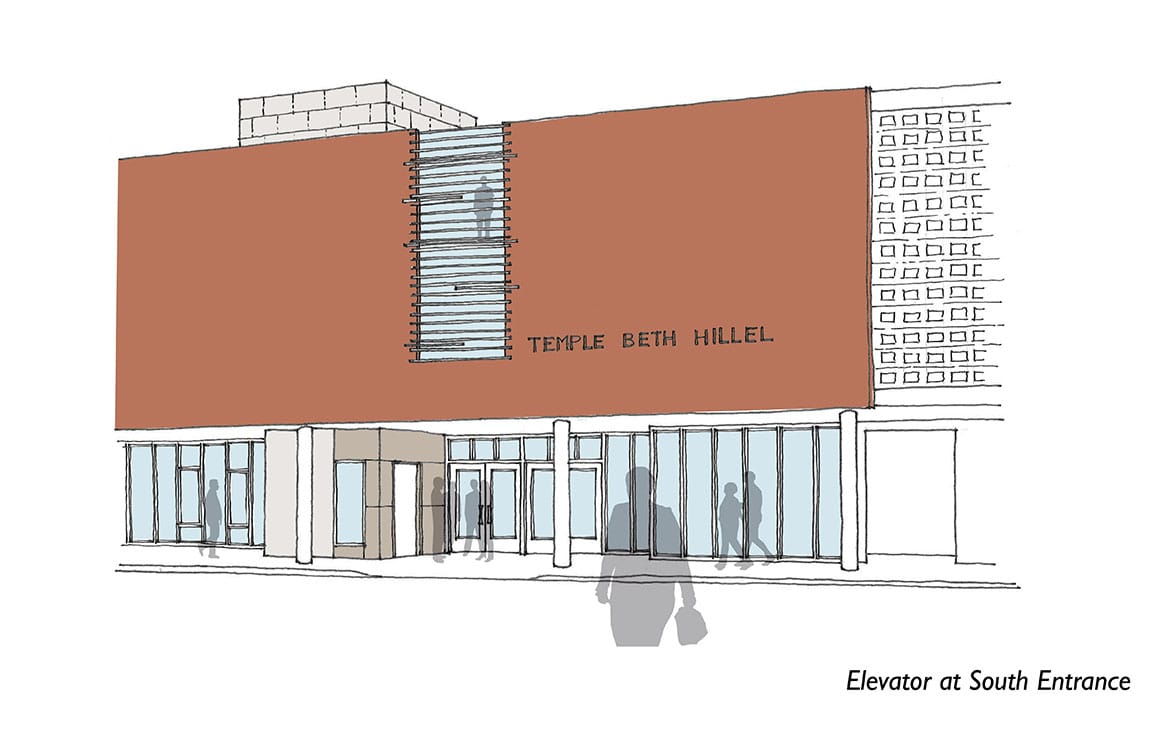 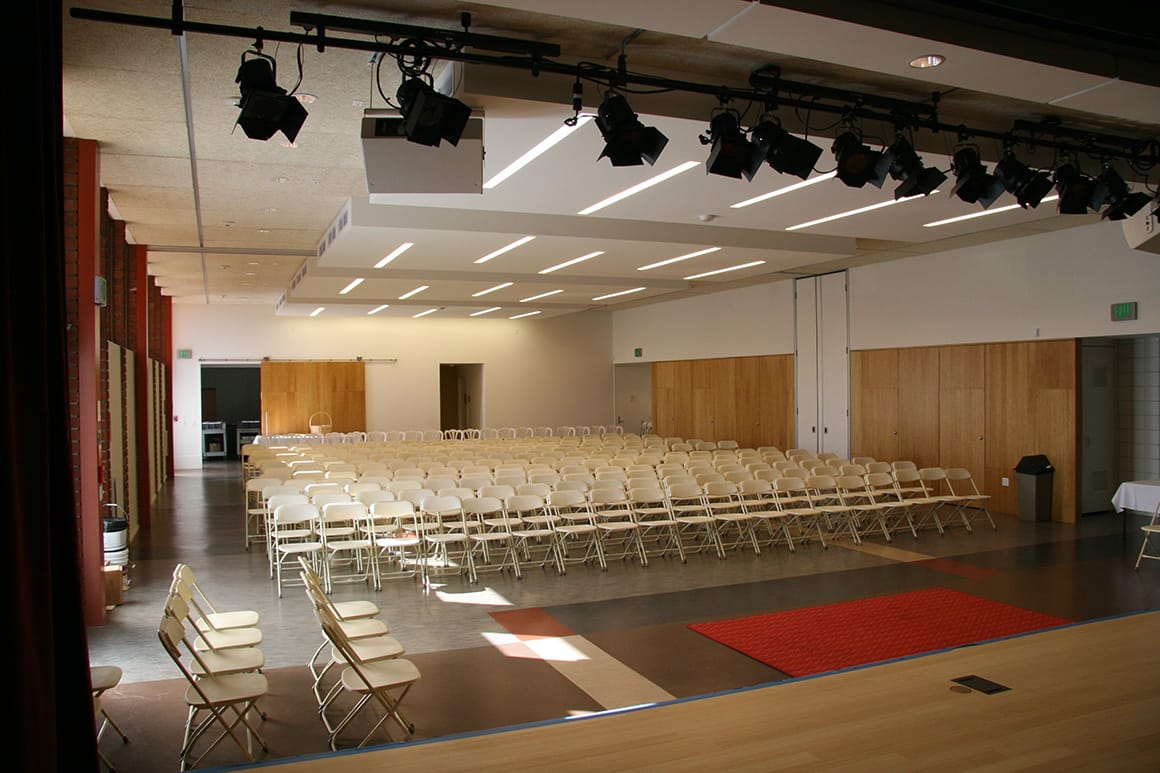 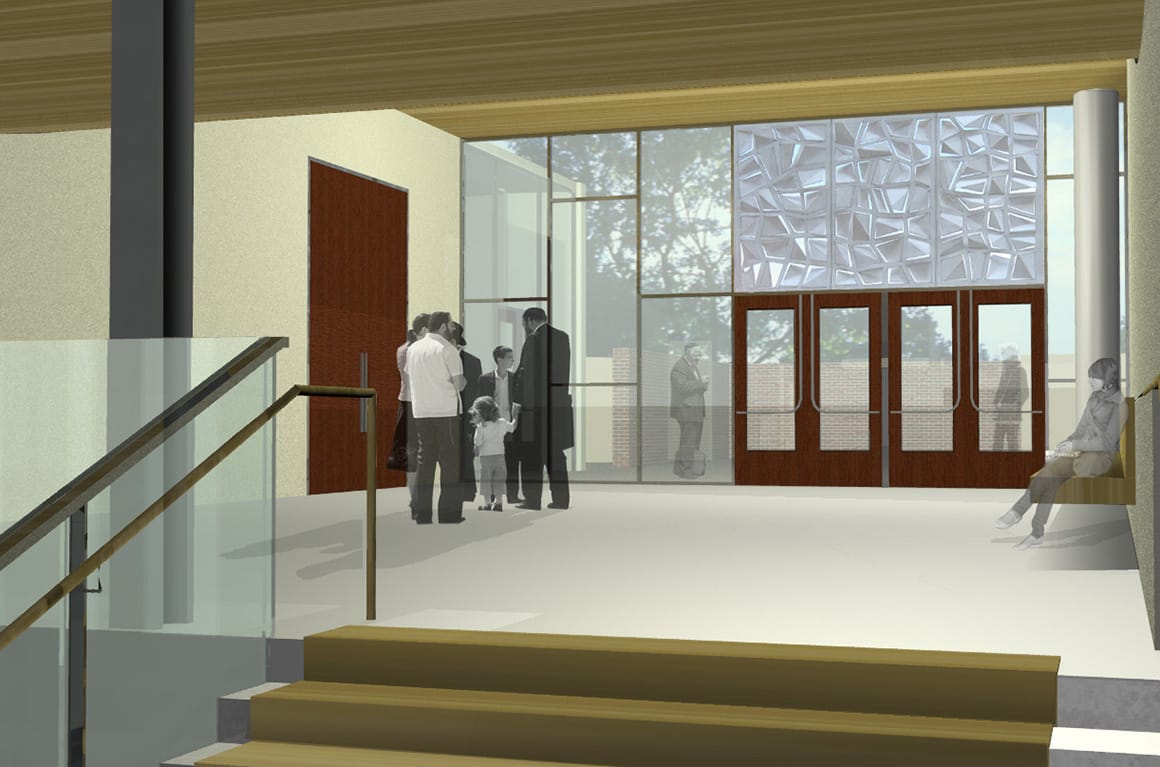 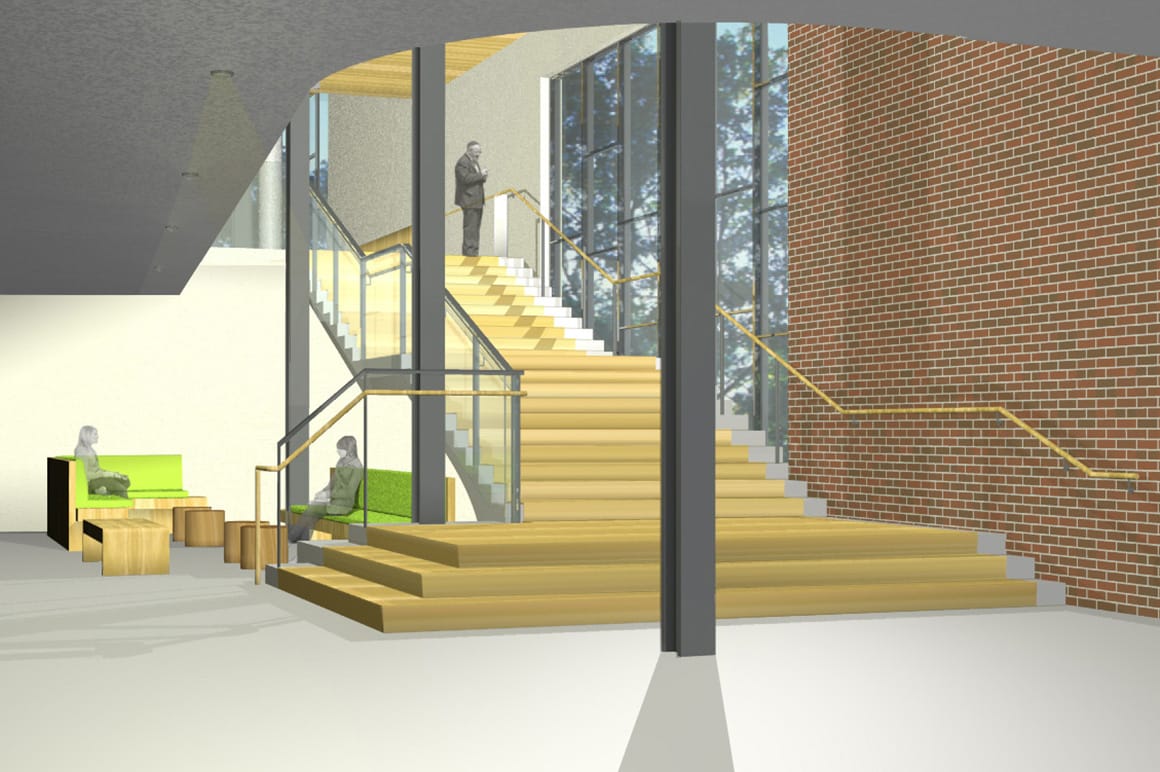 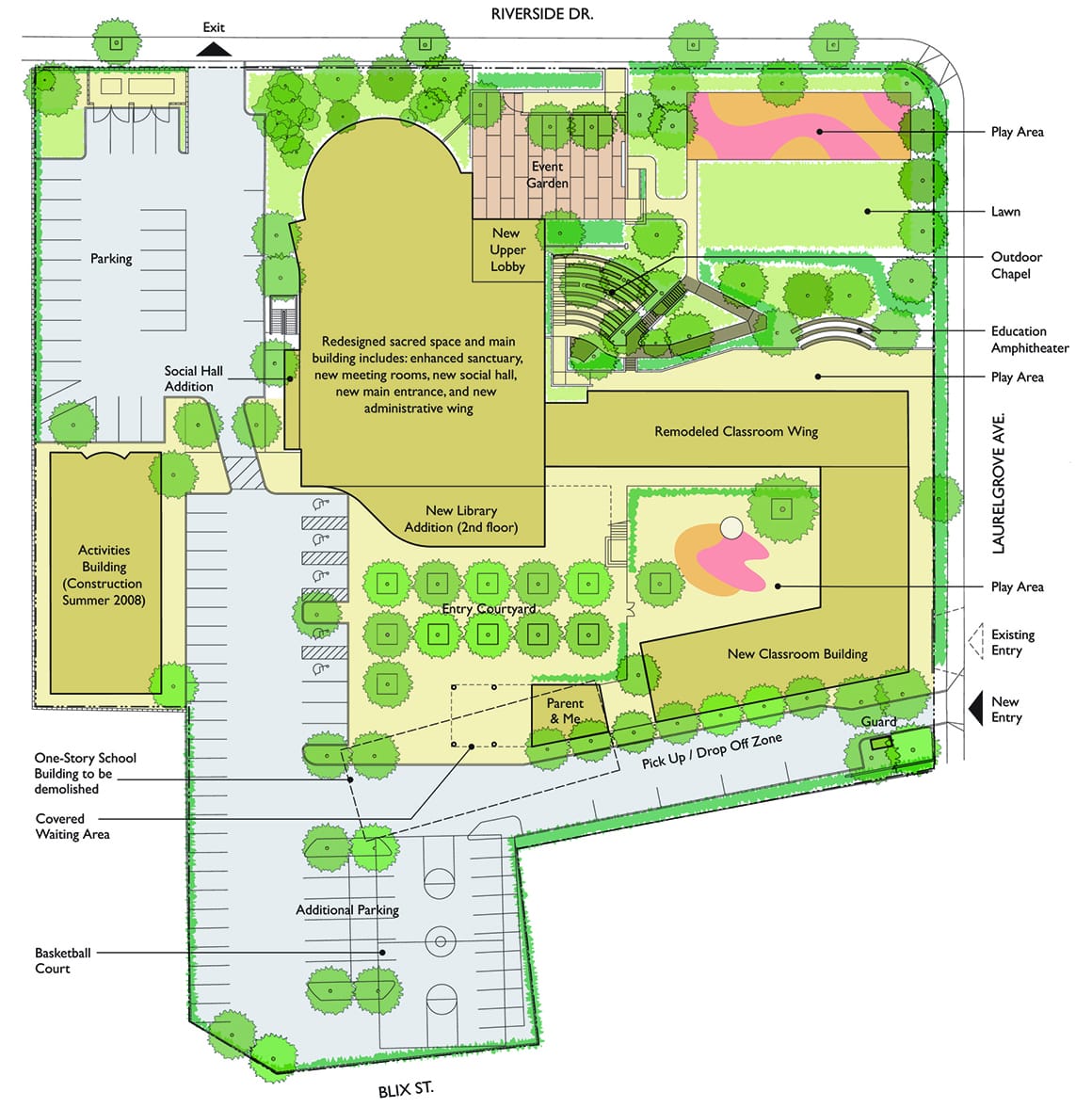 The planning for the site was conceived as a long-term vision, to be implemented as funds become available. Designed in conjunction with StudioMLA, landscape architects. 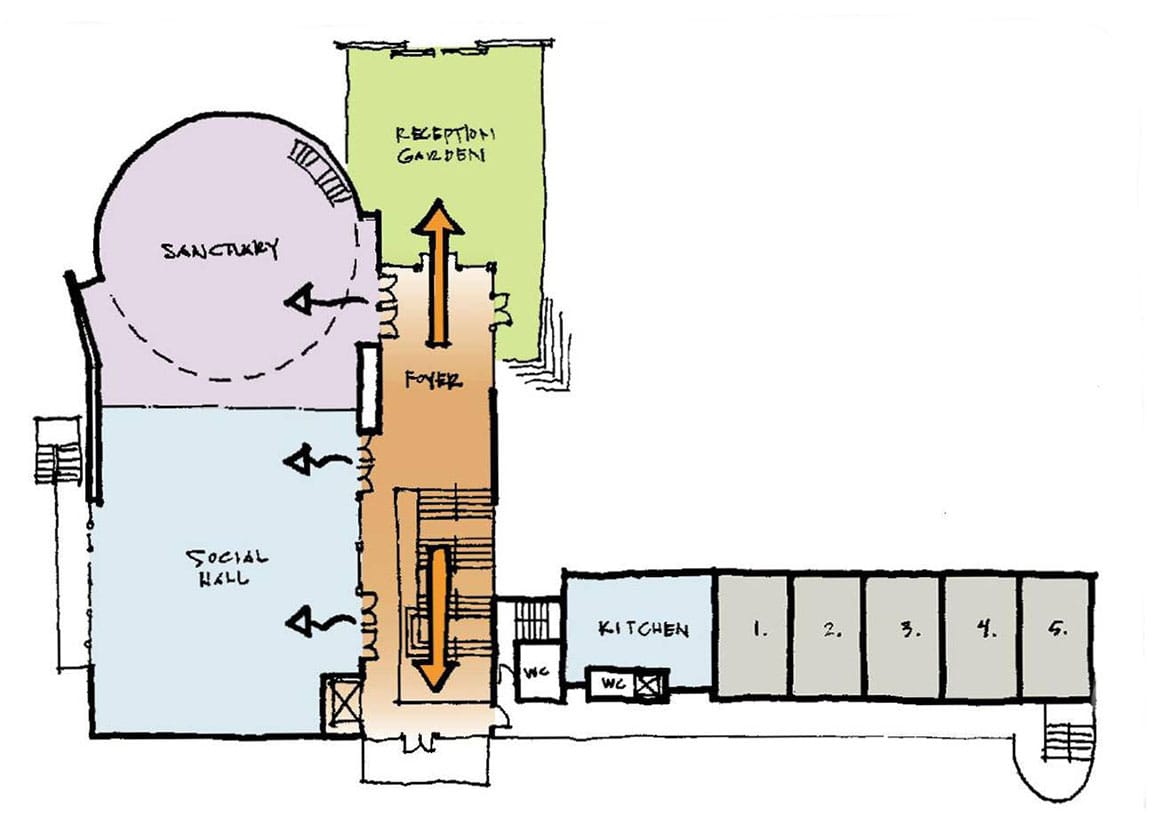 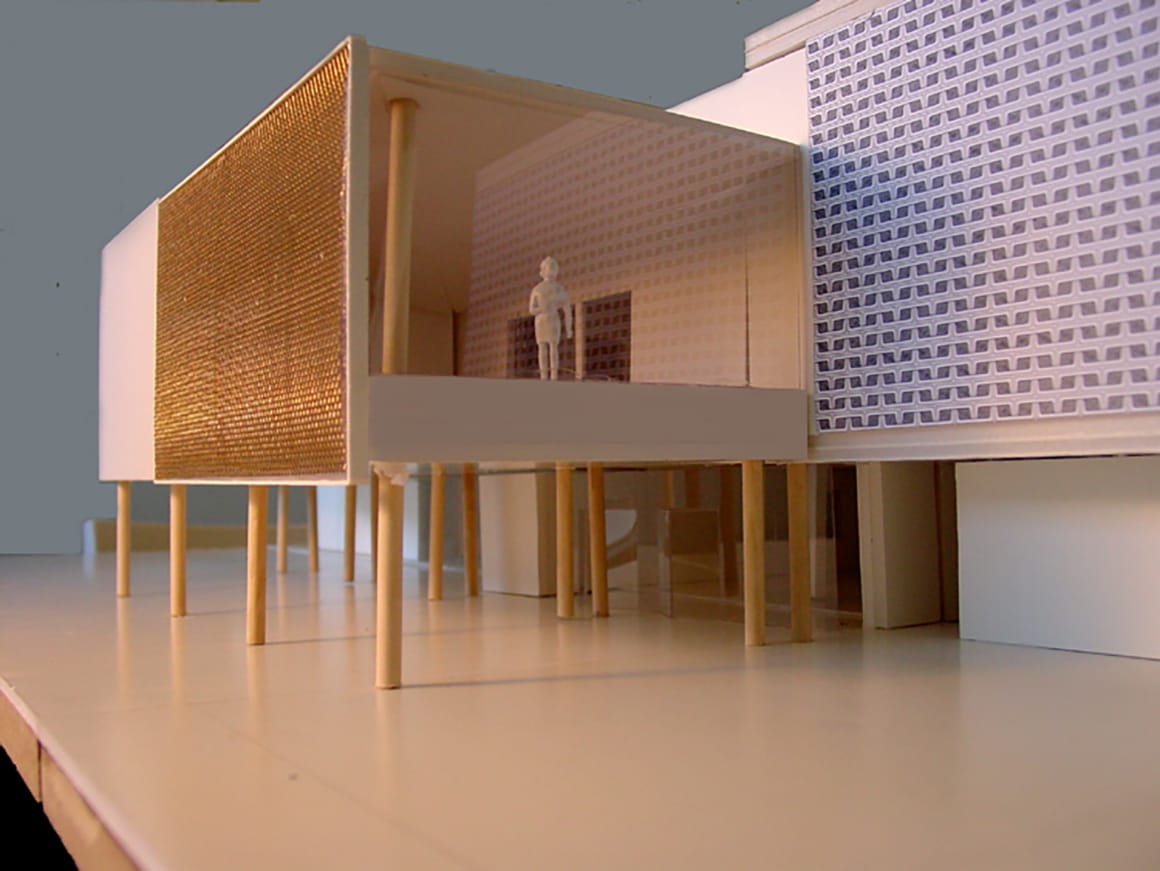 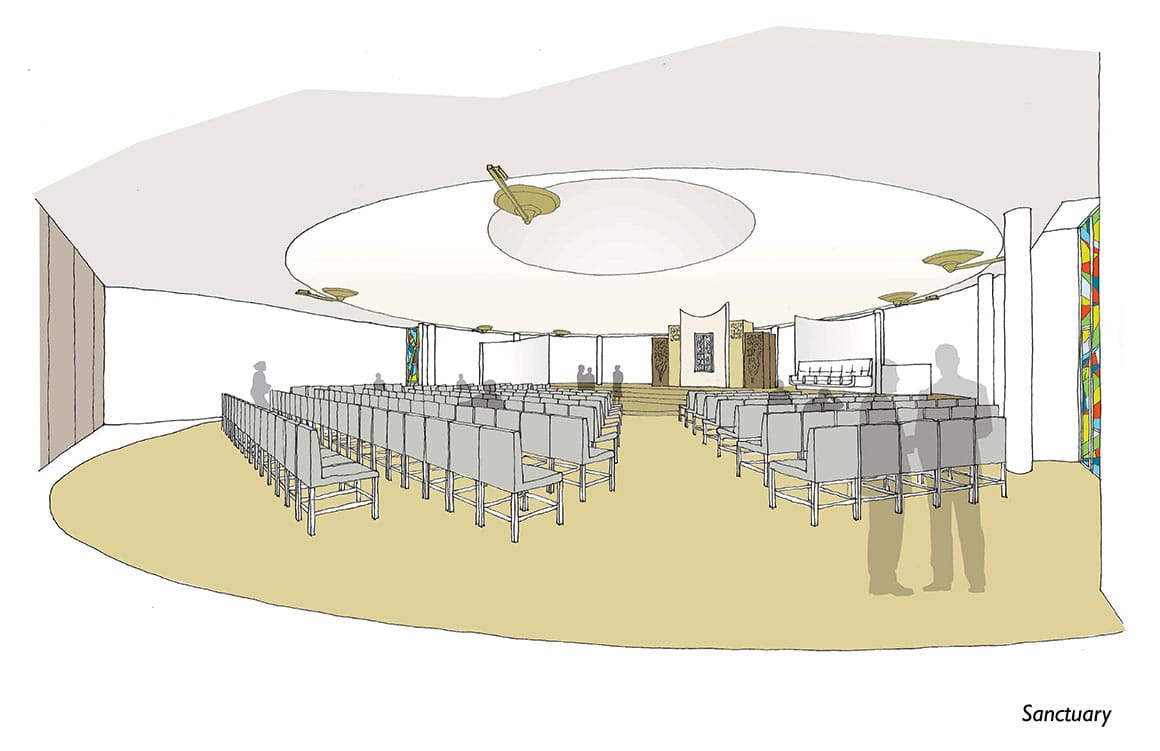 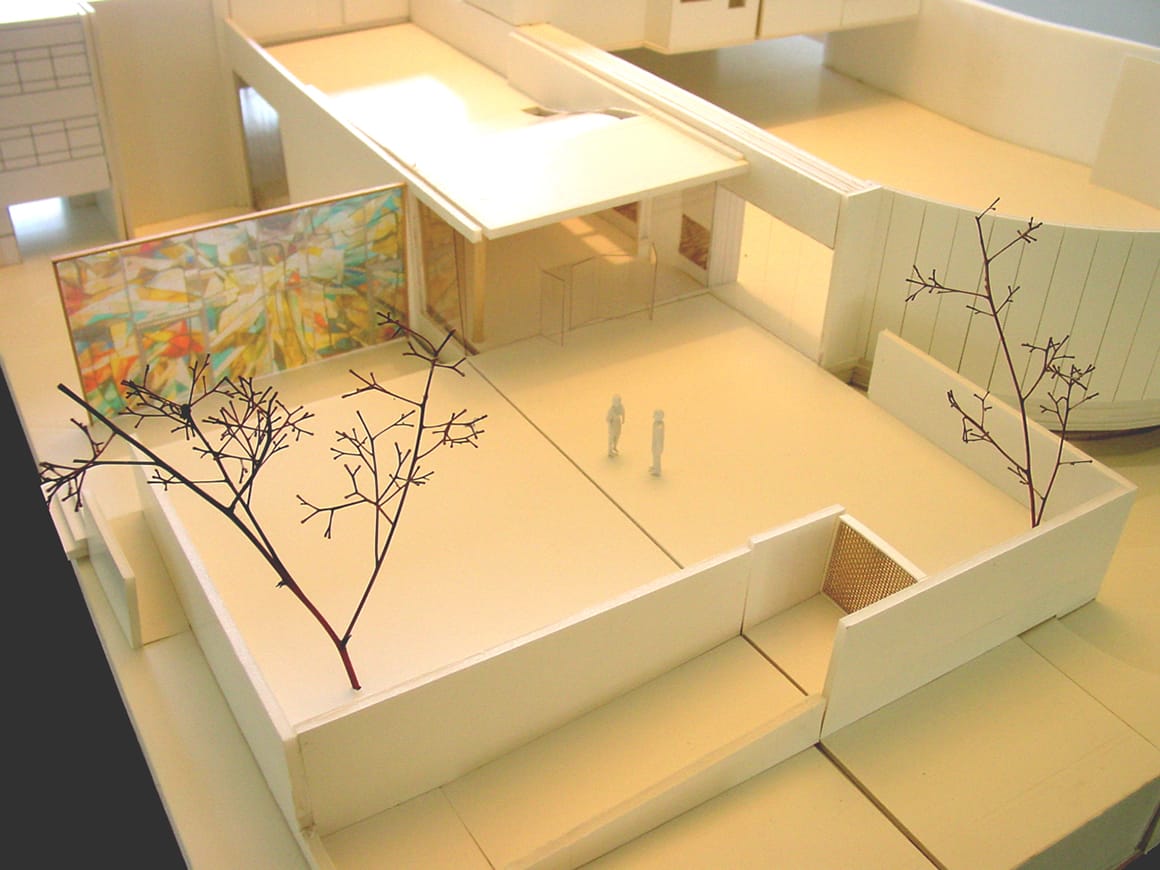 Hand drawn sketches, physical models, and computer images were presented to members of the congregation as the design developed, looking to gather input from as many voices as possible.